German Chancellor Angela Merkel has announced extensive relaxation in the Coronavirus crisis measures. The first phase of the pandemic is over. Nevertheless, the contact restrictions must be extended until the 5th of June - with minor changes.

Germany has passed the first phase of the coronavirus pandemic, announced Chancellor Angela Merkel at a press conference. The development of the numbers of new infections is encouraging, she said after joint consultations with the state premiers: "We are at a point where we can say that we have reached the goal of slowing down the spread and protecting the health care system from being overwhelmed.

Ladies and Gentlemen, today we continued our discussions between the State Premiers, the Federal States, and the Federal Government according to schedule, as has been announced for a long time, and today we can say that we have the very first phase of the pandemic behind us. Nevertheless, we must always be aware that we are still at the beginning of the pandemic and that we still have a long struggle with the virus ahead of us.

The figures that the RKI (Robert Koch Institut) has been reporting to us for a few days are very pleasing, and I would like to emphasize this here. Fourteen days ago, we had hoped that we could see such figures after the first significant steps to reopen, particularly in the business area; they are lower than they were then and personally am delighted that this has succeeded.

The daily new infections are no longer in four-digits every day, but on a few days are also in three-digits. The reproductive factor is a constant below 1, only one administrative district has a value of over 50 acute cases per 100,000 inhabitants. On the whole, we have managed to be able to track the infection rates, and this is the result of strengthening the health authorities' labor force. I want to take this opportunity to very warmly thank the health authorities employees for this. They have seldom been the focus of attention in the Federal Republic’s history, as is now the case. That is why we are now at a point where we can say that we have reached the aim of slowing down the spread of the virus, to protect our health system from being overwhelmed. We have been able to achieve this because citizens have lived their lives responsibly during this virus, allowed the restrictions, and, by doing so, saved the lives of other people.

The current situation also makes it possible for us to discuss and decide on further reopenings with the State Premiers today. We have recently received a large number of concepts from the expert ministerial conferences. Besides, we have received a large amount of cooperation from associations, federations, and interest groups. I would also like to thank you very much for this. You can see that hygiene regulations which we have to comply with these times of the virus are simply accepted and that everyday life in many areas is also being adapted to these conditions.

We have once again debated very long today about what the things are that will continue to apply. It is evident here that you do not have to talk for long about having to comply with the minimum distance of 1.5 meters, that mouth and nose protection must be worn in public spaces, especially in public passenger transport and in shops. That will also, as the case may be, a duty in some other places in other areas, which will reopen. We have spoken about contact restrictions also being, of course, an essential element, and we have therefore agreed that, in principle, such restrictions will continue to apply until 5 June.

Given the lower number of infections, going out in public is now not only possible with only members of your household or one further person but also with persons from another household. Your household, plus one further person from another household, is allowed to go out together in public. This is still an explicit contact restriction; we want to avoid the infections spreading quickly. Decisions which the individual states have already made are not affected by this.

We were taking into consideration the fact that there is a wide variety of specific regulations owing to different occurrences of infection as to when what exactly is reopened. On the other hand, with federal diversity too, there has been a joint decision made on a thing that is crucial and important to me soon. If we have regional differences and we do have these, as soon as we have lower infection rates, then we also need to develop an emergency mechanism by saying that as soon as regional sources of infection occur, measures must also have to be able to be reimplemented there.

We have always said this in general, in past decisions. We have specified and tightened this up once more, understood, and said it. The states are to ensure that in administrative districts in urban municipalities, when there is a cumulative figure of more than 50 new infections per 100,000 residents in the last seven days, a consistent restriction concept is to be developed with the involvement of the respective state authorities. Insofar that it is a localized and definable occurrence of infection e.g., in a hospital facility or a nursing home, then the restriction concept only concerns this facility. If, however, there is a distributed regional spread, in which the infection chains are not transparent, then all the general restrictions have to be consistently brought in and for so long until the value falls under 50 cases per 100,000 residents for seven consecutive days. I want to point out that at the moment, we only have one single administrative district in Germany in which the occurrences of infection are more than 50 acute cases per 100,000 residents.

We have once again spoken about the tracing app, which is still being developed. Besides, we have also once again discussed the school concept agreed by the Ministers of Culture. Also, we have done two things that are very important to me: one is school, but also daycare centers and the expansion of emergency care because we know that the children, rightly, want to return to their healthy life, as far as possible. This will take time, but the states have also prepared concepts for this, which will increasingly make this possible.

A group that is very important to me are the elderly people who have mostly been forced to give up having visited in nursing homes for weeks and cannot leave these homes and facilities. We know what that means or can only guess at it. These people have a right that we also think about them when reopening, and so working towards them being able to have steady contact with regular access to those in need of care, those with dementia, or in facilities for disabled people was very important to me.

We have also dealt with a wide range of other areas, including the subject of businesses that can now be reopened without limitation, but of course, with hygiene concepts. As well as about amateur sports and leisure sports, just as about the second football division, which from the second half of May may return to playing under approved and also tested rules.

Besides that, we have also said that states in their field will develop future concepts for many other areas, which I do not want to mention here now, and then be able to implement the respective reopenings step-by-step.

It is also important to me that a concept for theatres, opera houses, and cinemas is also developed. We have asked the Minister of State for Culture to develop a concept. We have already seen exemplary possibilities for this through, for example, religious events so that such events can also retake place.

We had a very constructive discussion, given the federal diversity, it is not surprising that there are quite different accents there, which is part of it. I want to say quite clearly once again that everywhere, and everyone in today‘s discussions has also said this, the hygiene regulations must be complied with. This means, of course, in the catering industry, for example, that two tables must not only be two meters away from each other but also that it must be ensured that the safe distance is complied with. Then if a 50-centimeter full table is seated with one person on both sides or with two separate couples, then the hygiene concept is not being followed.

This will be a considerable challenge, also for the areas that are now reopening. Nevertheless, it has led us to believe that it is better. We are taking the steps forward and, of course, we are also opening prospects, both in schools and in daycare, as well as in other areas, rather than not making progress at all. Furthermore, we have, which is for me decisive, not only the way to more reopening, but we also have a clamp that says that if something happens somewhere, when infections go up somewhere, then we also have an emergency mechanism. Thus, a whole country is not in danger of having to go back but only individual regions. On the whole, this is a balanced decision for me now. 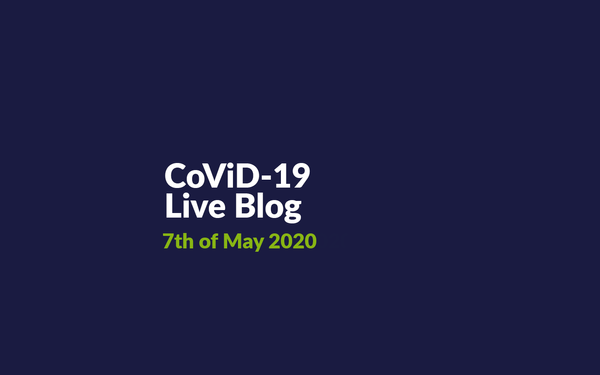 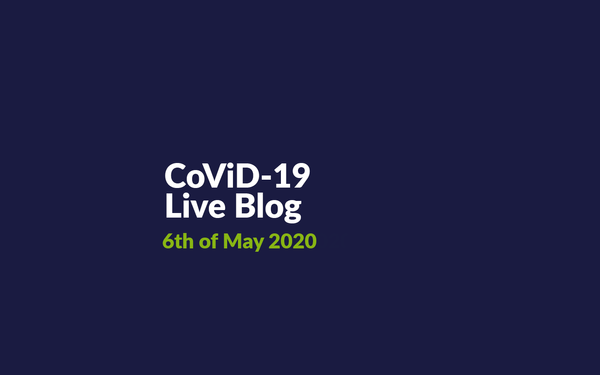