Non-German native speakers have a hard time to stay on top of the news concerning the development of the situation of CoViD-19 specifically in Germany. Because of that, we curate a live blog in English for all people living in Germany. The information published on this site is translated from German and is based on the live blog of Tagesschau.

We are using the combination of custom-trained machine translation models and expert linguists to provide these translations.

Join our Daily Update if you want to receive one email per day from us with the news of last night and a link to the feed of the day. Click here to sign up.

16:41 That's it for today. Join us tomorrow for more live updates!

From now on, please head over to Tagesschau to follow the updates (German only).

Join our Daily Update for a daily newsletter report on the latest news. Click here to sign up.

International Museum Day in times of coronavirus: In addition to the opening by Brandenburg’s Minister-President Dietmar Woidke, many exhibitions will also be held digitally.

In a video message, Mr. Woidke, who is also the patron of Museum Day 2020, had praised the fact that many museums across the country had made use of “productive distancing” during the coronavirus crisis, finding new ways to present cultural treasures and to impart knowledge. “Virtual collections, digital live tours, exciting podcasts – they open up completely new perspectives and give us insights behind the scenes,” Mr. Woidke said.

He encouraged people to visit museums – in person and digitally. Over 800 museums present their collections digitally, on the Museum Day website. The website also has a list of museums that have once again opened their doors to the public.

The Museum Day, an initiative by the International Council of Museums, is intended to highlight the diversity of museums – there are over 6,500 museums in Germany alone.

In the district of Straubing- Bogen and the city of Straubing, the upper limit of 50 new infections per 100,000 inhabitants within seven days has been exceeded. Nevertheless, the district does not plat on undoing the easing of restrictions while referring to a communication from the Ministry of Health.

The statement reads: "In the current situation, it does not seem necessary to enact further measures for a larger share of the population in the district and city".

16:02 Demonstrations against restrictions in Schwerin

According to police reports, over 250 people have protested against the coronavirus restrictions in Schwerin. Demonstrators gathered close to the city castle with the motto “coronavirus panic threatens our constitutional rights”. Posters carried by demonstrators read demands such as “Stop the nanny state” and “Give us our fundamental rights back now”. Outside the area blocked for the demonstration, another 400 people had gathered, according to the police. There have not been any incidents.

On Saturday, thousands of people already took to the streets in numerous German cities to protest restrictions during the coronavirus crisis. Counter-protests also took place.

Qatar starts to impose severe penalties for violations of the measures to curb the coronavirus pandemic. Appearing in public without a mask can be fined with up to three years in prison and up to 55,000 dollars (50,800 euro). According to news agency reports, this is the most severe penalty anywhere in the world. The Qatar Ministry of the Interior specifies that the mask requirement applies to all those who leave their home, with an exception in place for those who are traveling in a vehicle alone. Besides Saudi Arabia, Qatar is one of the countries in the Arab world hit hardest by the pandemic.

The daily Covid-19 death rate in Spain fell to 87 on Sunday, the lowest in two months. The figures were announced by Prime Minister Pedro Sánchez at a video conference with the heads of the regions, according to national media reports. Since March 17, the number of coronavirus deaths in Spain has exceeded 100 every day.

14:16 Knobloch criticizes overt anti-Semitism at protests

The President of the Israelite Religious Community of Munich & Upper Bavaria, Charlotte Knobloch, is appalled at the extent of the hatred seen at protests against coronavirus policies. "Conspiracy theories and overt anti-Semitism" are being spread in German cities "under the guise of political protest," she said. "Frightening extremism" was spreading through society, she added. "Mumblings of secret powers and dark plans, which underpin many of these protests, clearly carry anti-Semitic traits."

The Chinese metropolis of Jilin has imposed tougher preventive measures following new cases of coronavirus. This has resulted in the closure of all businesses except food stores. Three new infections have been recorded throughout the entire region, which has been classed as a high-risk zone by the authorities.

At the same time, the government’s top health adviser Zhong Nanshan stated that the risk of a second coronavirus wave remained. Due to a lack of immunity, the majority of Chinese people are currently still vulnerable to the virus, Zhong Nanshan told CNN. “We are facing a major challenge.” Recently, new infection clusters have occurred in the north-eastern provinces and the central Chinese city of Wuhan.

To mark the International Day Against Homophobia, UN Secretary-General António Guterres has warned of particular threats to lesbians, gays, bisexuals, transsexuals, and intersex people during the coronavirus pandemic. "There are also reports of Covid-19 guidelines being abused by the police to target LGBTI people and organizations," said Guterres. "Many LGBTI people who are already exposed to prejudice, attacks, and murder just because they are who they are or love who they love are experiencing increased stigmatization as a result of the virus, as well as new obstacles when trying to access medical care," he continued.

The International Day against Homophobia dates back to May 17, 1990: This was the day when the World Health Organization (WHO) decided to remove homosexuality from its list of psychological disorders.

Following the coronavirus outbreaks in slaughterhouses, the CDU in Rhineland-Palatinate has called for higher fines for companies that violate working time regulations. Federal Minister of Agriculture Julia Klöckner – who is also the state’s CDU chairman – supports the proposal. "The penalty framework should be increased from 15,000 to 30,000 euros," said Klöckner.

The politician additionally demanded that companies also comply with the standards to prevent infection risks at the workplace when employing foreign workers. This also concerns the accommodation of workers. Recently, hundreds of Eastern European workers had become infected with coronavirus. This had triggered massive criticism of the industry.

Federal Minister of Labour, Hubertus Heil (SPD), has also announced that a plan will be introduced on Monday to improve working and hygiene conditions in the industry.

The Organisation for Security and Cooperation in Europe (OSCE) fears that corruption is likely to flourish as a result of the huge Corona aid packages for the economy because authorities are overburdened. "We suspect that we will experience much more corruption in the coming months," OSCE Secretary General Thomas Greminger told the Austrian news agency APA.

"Criminals are adapting quickly to the systemic weaknesses caused by the coronavirus crisis." Human trafficking is also likely to increase, the Swiss diplomat said. The introduction of controls at the internal borders puts the border authorities in the Schengen area under excessive strain. Resources are thus lacking in other areas and criminals are taking advantage of this.

In Spain, the number of new deaths from Covid-19 fell below 100 for the first time in two months. Within 24 hours, 87 people died in connection with the coronavirus, according to the Ministry of Health in Madrid. A total of 27,650 people have died. The number of confirmed cases of infection rose by 652 to 231,350.

11:06 Concept for re-opening cinemas and theatres

The federal and state ministers responsible for culture have drawn up proposals for a gradual re-opening of cultural institutions. In a six-page concept for Federal Chancellor Angela Merkel and the state leaders, the ministers advocated "a systematic opening of further cultural institutions and activities". Individual solutions would have to be developed on the basis of the recommendations.

In theatres, for example, rows of seats could be left free and events could be moved outside. For cinemas, the aim is to have re-opening dates as close together as possible. In order to avoid queues, the Ministers of Culture advocate online tickets and staggered admission times. The flow of visitors should be regulated, for example, by not tearing off tickets or scanning them. To protect artistic performers, the number of people in rehearsal rooms or cloakrooms should be limited.

For many weeks now, Orthodox worship services have been forbidden or severely restricted in Greece. Now, for the first time in weeks, the faithful can listen to a sermon together - according to media reports, thousands flocked to the churches. However, distance rules and compulsory masks still apply. The traditional kissing or touching of the icons is allowed again - but the icon must be disinfected after each touch.

Israel began opening its schools to all age groups today. After a significant decrease in coronavirus infections in the Mediterranean country, fourth to tenth grades will be gradually re-opened this week. Masks will be compulsory from the fourth grade onwards. Other hygiene regulations must also be observed.

Parents are also required to take their children's temperature every morning and sign a health declaration. Schools are to remain closed only in villages with a high incidence of coronavirus infections. In Israel the working week starts on Sundays.

The Basketball Bundesliga is hoping for permission from the government to hold its championship tournament. A decision is expected soon. The basis is a strict hygiene concept: no contact with the family, no cheerleaders - and the teams have to clean the floors themselves. Here are the most important points:

Foreign players: Many players, especially from the USA, travelled to their home country during the coronavirus crisis. When they return, they will be subject to a 14-day domestic quarantine.

Hotels: Unlike in football, active players will be completely isolated from the public during the tournament and accommodated in a hotel. Even after the games, showers will not be taken in the changing rooms, but only in the hotel.

Tests: As all active participants are in group isolation, one corona test per week is considered adequate. In the case of a positive test, the person will be immediately isolated, there is no automatic quarantine for the whole team.

Ball: If the ball leaves a two-meter safety area around the field, it must be disinfected before it is used again. 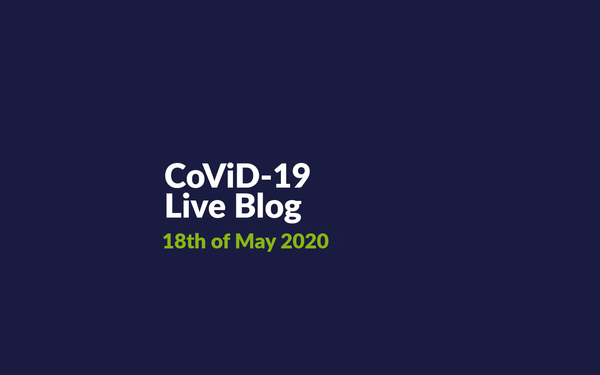 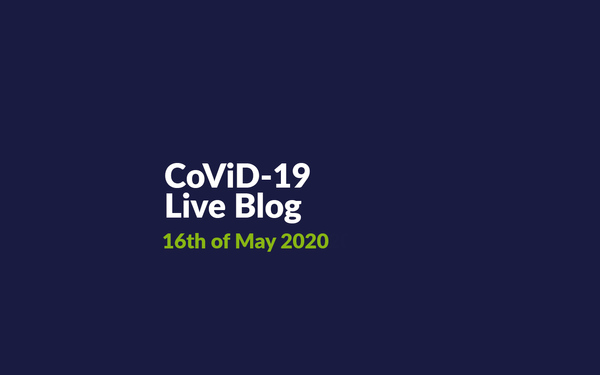