The CEO of lengoo has been appointed member of the board of directors of Germany’s digital association and looks forward to his tenure.

Christopher Kränzler was officially appointed as a new member of the board of directors of Bitkom e.V. in late June, 2019. Bitkom e.V., standing for Bundesverband Informationswirtschaft, Telekommunikation und neue Medien (Federal Association for Information Technology, Telecommunications, and New Media), represents more than 2,600 companies in the digital economy.

Bitkom e.V. represents companies of all sizes, including several hundred start-ups, such as lengoo. Christopher has always fostered an open dialogue in his role as CEO, keynote speaker, and tech-enthusiast and believes that in

"(...) leading a tech company in the realm of AI, we have the responsibility to share our innovative power with other German companies, enterprises, and SME’s. For only through an open dialogue, we will be able to find new solutions, foster creativity, and pave the way for Germany’s digital future."

After graduating with a Bachelor's Degree in Business Engineering from Karlsruhe Institute of Technology, he went on to achieve a Master's Degree from Columbia University in New York.

Christopher Kränzler founded lengoo based on his desire to dramatically rethink the global localization industry and make it fit for a digital future - a process he felt is missing among many German companies and states:

"Germany is at risk of being left by the wayside. Companies need to start today investing in tomorrow so we can ensure a sustainable, long term future viability for our economy. I am very much looking forward to my responsibility in actively shaping that future together with the other members of the board of directors of Bitkom e.V.."

Bitkom is Germany’s digital association. Founded 1999 in Berlin, we represent more than 2,600 companies of the digital economy. Our membership spans more than 1,000 SMEs, over 500 startups and virtually all global players.

Our members offer software, telecommunications and internet services, produce hardware and consumer electronics, operate in the digital media sector or are in other ways affiliated with the digital economy. More and more companies across all sectors are joining Bitkom as they digitise their business models.

Bitkom advocates the digitisation of the economy, our society and public administration. We push for the faster rollout of gigabit networks and digital infrastructure for energy and mobility, for trade and for smart homes, for cities and regions. We support policies for data-driven business models, for data protection and cybersecurity, for platforms, disruptive technologies, work 4.0 and life-long education in a digital world.  A strong European digital policy and a fully integrated digital single market are at the heart of Bitkom’s concerns, as well as establishing Germany as a key driver of digital change in Europe and globally.

lengoo powers the future of translation by combining cutting-edge AI-technology with the creativity of the world’s most highly-qualified expert linguists. We produce custom-trained neural networks that can autonomously translate documents in over 400 language pairs. The company, today headquartered in Berlin, was founded in Karlsruhe by Philipp Koch-Büttner, Christopher Kränzler, and Alexander Gigga in 2014. 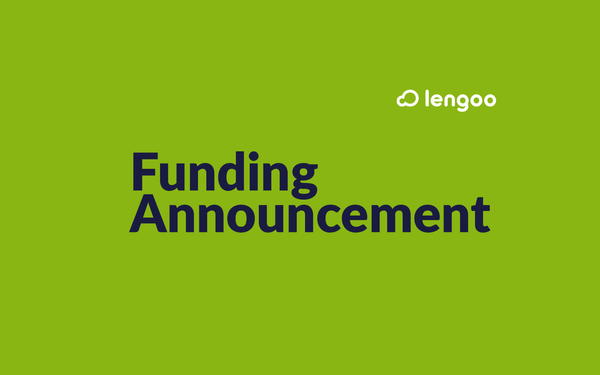 Redalpine (among others: N26, Taxfix) leads the Series A round, alongside existing investors Creathor Ventures and Piton Capital.